Written by Barbara Wintergreen in Uncategorized👁 1,780

The age of legal cannabis might be marked with a stronger presence of consumables than initially expected. 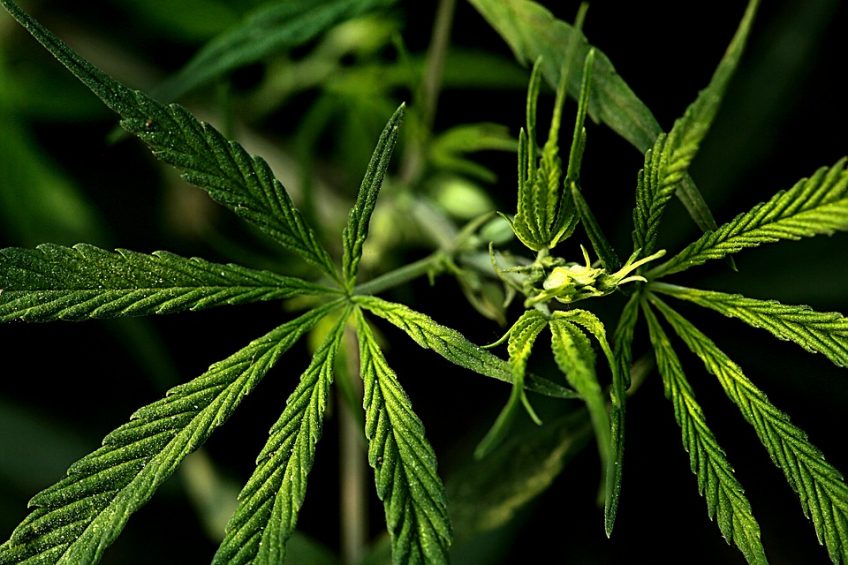 Joints, water pipes, gravity bongs, vaporizers – cannabis fans have come up with a whole array of utensils to diversify the smoking experience. That trend reflects the contemporary need to look for personalized solutions that fit a particular lifestyle. And with the healthy lifestyles of today, emerging cannabis industry might realize that instead of smoking, new users might be more interested in marijuana consumables.

Just as the popularity of medicinal CBD turned out to be a major revelation, catching even the lawmakers by surprise, marijuana edibles might take some serious stage at the expense of dry flower and oil concentrates. This niche is already being targeted by crafty companies, as Canada prepares to legalize cannabis edibles no later than October 17th. How do enterprises like Canopy Growth Corporation (CGC), Sproutly Canada, Inc. (SRUTF), West Coast Ventures Group Corp. (WCVC) and PotNetwork Holdings, Inc. (POTN) get themselves ready for the upcoming munchies?

Canopy Growth Corporation (CGC) is a name that resonates well in the cannabis industry. The Canadian giant controls roughly 80% of cannabis revenue on the continent and has by far the biggest market cap of all pot stocks.

Constellation Brands, Inc. (STZ) is among world’s biggest beer importers. In August 2018, it has invested almost $4 billion into Canopy Growth, buying 38% of its shares in an almost all-cash transaction. That partnership is pretty sure to bring cannabis-infused beers to the market in the upcoming years, as marijuana beverages are envisioned to revitalize the declining alcohol market.

So far, no details on the drinks have been disclosed, but Canopy has been fast in leveraging the huge cash on its hands. It has secured the future acquisition of Acreage Holdings, Inc. (ACRGF) in the U.S., procuring a vast distribution network, much needed for future expansion.

Despite its innovative approach Canopy Growth is not the only cannabis venture that wants to dive into the alcohol market. Last December, Tilray, Inc. (TLRY), another top ten pot stock, has teamed up with AB InBev (BUD) – the maker of Budweiser beer. Another prominent brewer, Molson Coors Brewing Company (TAP), has announced an agreement with HEXO Corp. (HEXO). They will research alcohol-free drinks that would circumvent the rumored prohibition of mixing cannabis and alcohol in one beverage.

Terpenes and cannabinoids, that give cannabis its unique properties, form an oily substance. Since oils don’t mix well with anything apart other oils and aggressive solvents, it has been long considered that there won’t be any water-based cannabis drink. Until now.

In a smart move, Sproutly Canada, Inc. (SRUTF) has acquired technology that allows the company to naturally dissolve cannabinoid-rich oils in water. In effect, it has created an alcohol-free drink without the particular taste associated with most marijuana edibles.

The strongest selling point of the Infuz2O line of drinks is the calibrated duration of effects, mimicking the smoking experience. The trick behind most cannabis edibles is that you won’t really know how hard they’ll kick you. Body mass, previously ingested food, tolerance – all of them could contribute to a trip with a rather slow onset, but effects lasting up to 8 hours, or even a day. Try fitting that in your professional schedule.

The effects of Sproutly’s drinks should be felt after 5 minutes and the effects subside after 1,5 hours, providing more of a smoking-esque experience. With a spectacular feat like that, no wonder that Canadian Moosehead Breweries Ltd. have partnered with Sproutly to bring marijuana-infused beverages to a broader audience.

Even though Canada is leading the cannabis race on a national level, Denver, Colorado, is progressively becoming the most liberal city in North America. Just recently, a popular vote there has decriminalized magic mushrooms, which sit now next to recreational marijuana on the list of legal substances in Colorado.

West Coast Ventures Group Corp. (WCVC) have synced well with the liberal beat, and started to establish a chain of Illegal Burger restaurants over the state’s capital. The only thing illegal about them is their name, as the fast-casual restaurant will soon serve CBD-rich burger bowls, much to the expectation of the experience-hungry community of Denver.

Their 4/20 test run of the infused burger bowl turned out to be a smash hit. It has proven that cannabis can be skillfully married with many established industries, as an extra “spice” to well-regarded products.

PotNetwork Holdings, Inc. (POTN) might be better know under their subsidiary – DiamondCBD. A company that makes a point about targeting the overlooked subsets of the cannabis market.

While other innovators eyeball the beverage sector, POTN ingeniously smuggles CBD into slushy drinks or gummy bears. Though without potential to the likes of cannabis-infused beers, they stand original and mostly uncontested by the competition, providing DiamondCBD with a loyal clientele.

POTN has also pushed the boundries defining the consumers of cannabis, as they have been first to offer CBD-infused nutrition to canines. Their MediPets CBD Dog Treats are formulated specially to answer the needs of dogs in pain, and proved out useful enough to score a prestigious Pet Industry Recognition Award in 2018.

After decades of stigmatization, there is a lot of positive uplift on the emerging market, as the cannabis flood rushes to fill previously unexplored niches and refresh the stagnant industries. Much to popular amusement, the future of cannabis enterprises might not be written by those with massive growing facilities, but by those witty enough to break through with an innovative pot product that will outclass the competition and win the hearts of consumers.

After all, the way to one’s heart is through their stomach.