I’m going to have that toy, if it’s the last thing I do!


On today’s show we heard about what is becoming a very real potential problems for parents.

Any parent will know how their offspring will use all their guile and cunning to get them to cough up for some cherished desire.

But with the advent of computers, many youngsters seem to be able to find ways to do things which previously would be totally beyond the ability of even many computer savvy adults.

And to prove this one canny 7-year old from Sydney in Australia, successfully broke into his mother’s computer.

For months it seems he had been badgering his mum to buy him a rare collectable toy – called GOLDEN BILLY BANANA from the Coles Stikeez collectable range, so he fired up the family PC and went in search of the item. 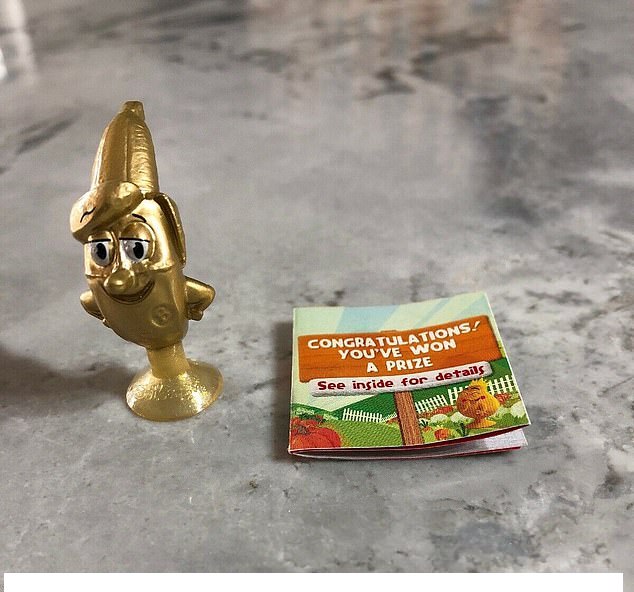 Eventually he stumbled across it and typed in his mum’s credit card details – which, handily, had already been saved to the computer – and splashed the cash – all £7600 worth!

Mum Donna Jacob, only found out about the purchase when she received a message the following day confirming the purchase.

Neither the seller nor eBay showed any sympathy on the grounds that this was classed as “friendly fraud”.

Not one to give up without a fight, Donna repeatedly contacted her bank, eBay and PayPal, until the auction site finally agreed to reimburse her for the unfortunate incident.

In a statement, the company said: “eBay understands there are unique circumstances in this case. As a result, the buyer will receive a refund for the purchase.”

Although the deal was cancelled and Donna was fully reimbursed she is now calling for stricter rules to prevent children spending large sums of money online without their parents’ permission.

“Between PayPal and the bank, there should be at least one stopper that says ‘hang on, this isn’t right’… and no-one did.

“I just don’t go out and spend over £7000 in one transaction, so they definitely need protocols in place to stop this happening.”

Being a Tuesday, Margaret Mills returned to tell us about the activities of a renowned suffragette, Grace Chappelow, who lived in Essex. If you missed what Margaret told me, you can listen again here: –