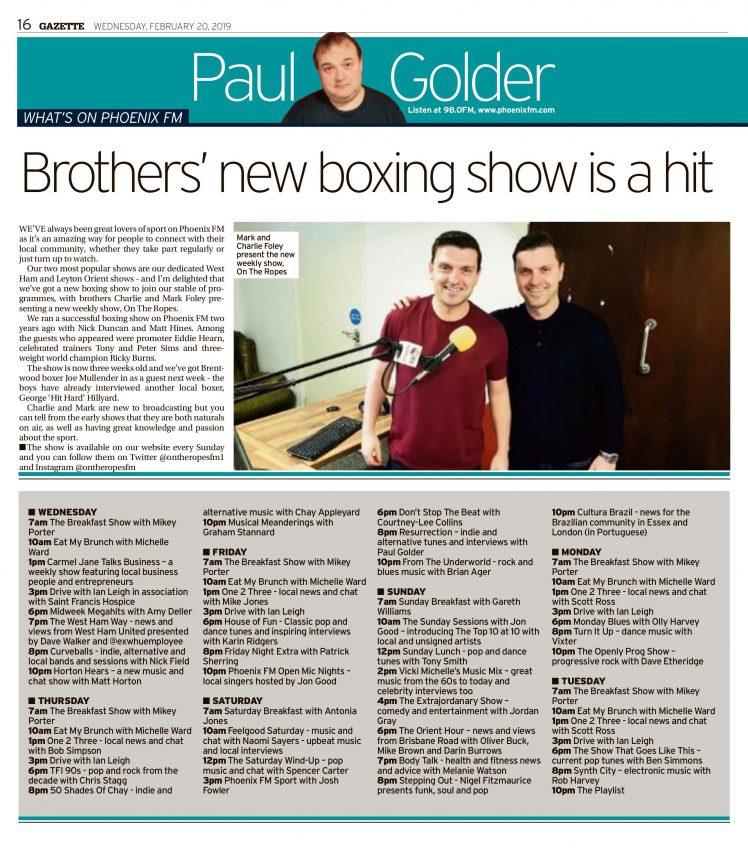 We’ve always been great lovers of sport on Phoenix FM as it’s an amazing way for people to connect with their local community, whether they take part regularly or just turn up to watch.

Our two most popular shows are our dedicated West Ham and Leyton Orient shows – and I’m delighted that we’ve got a new boxing show to join our stable of programmes, with brothers Charlie and Mark Foley presenting a new weekly show, On The Ropes.

We ran a successful boxing show on Phoenix FM two years ago with Nick Duncan and Matt Hines. Among the guests who appeared were promoter Eddie Hearn, celebrated trainers Tony and Peter Sims and three-weight world champion Ricky Burns.

The show is now three weeks old and we’ve got Brentwood boxer Joe Mullender in as a guest next week – the boys have already interviewed another local boxer, George “Hit Hard” Hillyard.

Charlie and Mark are new to broadcasting but you can tell from the early shows that they are both naturals on air, as well as having great knowledge and passion about the sport.