Written by Chris Stagg in Words and Sound👁 1,111


First things first, I have always loved the original 1978 Halloween. John Carpenters masterpiece is still completely relevant today and still shows how less can (more often than not) be more in the horror genre. It was the first proper horror film that I really enjoyed as a kid… oh and my birthday is Halloween (yeah just thought I’d throw that in there…) For all those reasons I have really been looking forward to this sequel. The trailer is really good and I’m very happy to report that film doesn’t disappoint. Please read on for my spoiler free review.

A brief description of the back story – in the 1978 original, Michael Myers escapes from the mental hospital where he has been incarcerated since murdering his teenage sister at the age of 6. The film then follows him terrorising Laurie Strode on that infamous night. By the end of the film he is shot but missing. Halloween 2 then is a continuation and follows Myers and Strode in the same evening. Now every other sequel and remake that has happened is to be ignored, they are no longer canon as far as 2018’s Halloween is concerned. Even Halloween 2 is no longer canon, though they do softly reference a couple of things from it as having happened. 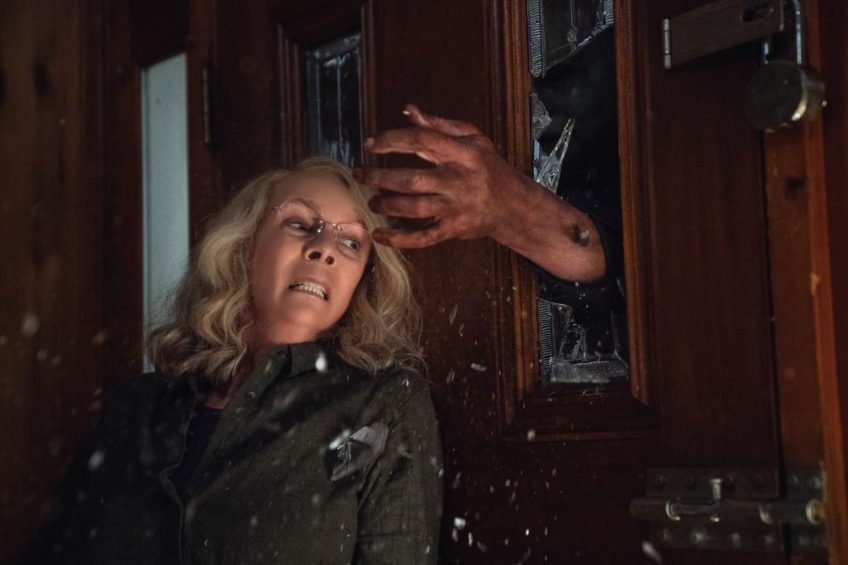 Ok so all caught up? Right. Halloween 2018, and 40 years after the Haddonfield murders, Myers has remained in the mental hospital where he hasn’t spoken to anyone or shown any feeling of any kind. It is there under the care of Dr Sartain that we meet a pair of investigative journalists who are making a retrospective documentary on Myers and the murders. Myers is not the only one who has been a prisoner for 40 years, as Laurie Strode has sacrificed her family with her obsession for trying to protect them and kill Michael – and has been living in paranoia and isolation. We learn, that Myers is being moved to another institution away from Dr Sartain, and that Strode intends to intercept the transfer and kill him. Obviously things do not run to plan for anyone.

There is much to be applauded in Halloween. It is a decent, thematic horror film that audiences will enjoy. But the real triumph of the film and the real enjoyment is in it’s faithful nostalgia for fans of the original film. Here Halloween is ignoring the increasingly poor sequels and wiping the slate clean. This is a film I feel, made by fans, for fans. Some obvious strengths here are the recasting of Nick Castle as Michael Myers and Jamie Lee Curtis as Laurie Strode. John Carpenter is also on board as a consultant and to score the music. 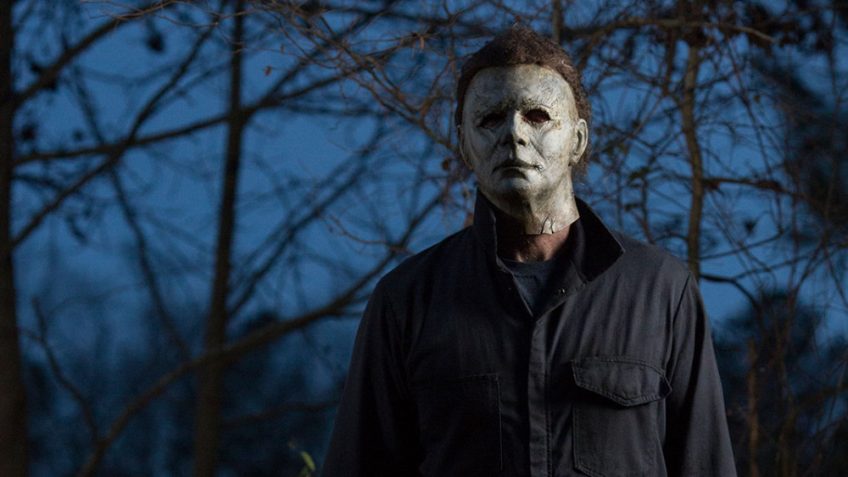 With regards to the music, it is phenomenal. I once saw a documentary with John Carpenter (horror film makers take note), where he said he believes the scariest part of Halloween is the music. If you watch it with the sound down it’s not as scary. That is incredibly true, and the music to Halloween has been as iconic as The Shape mask itself. In Halloween 2018, Carpenter and his son, have scored music that is completely complimentary to the original. At times it has been a little updated, but not in a jarring way – it works incredibly well and all the late 70s sound effects are back too.

The lengths Director David Gordon Green, has gone to in anchoring this film to the original and recapturing some of that nostalgia is wonderful to experience. I’m sure there is more that I have missed (this is definitely a film I will watch again), but it is littered with references and parallels and inversions to the original film. Some so subtle it feels right when watching, but only after did I realise why. I don’t want to give anything away but keep a close eye out for ghosts in sheets, ‘sit ups’, disappearing bodies and wardrobe doors. I loved also how well they matched the original mask, this time with just a hint of sadness in the eyes. The titles and credits either end of the film are beautifully matched to the original too. 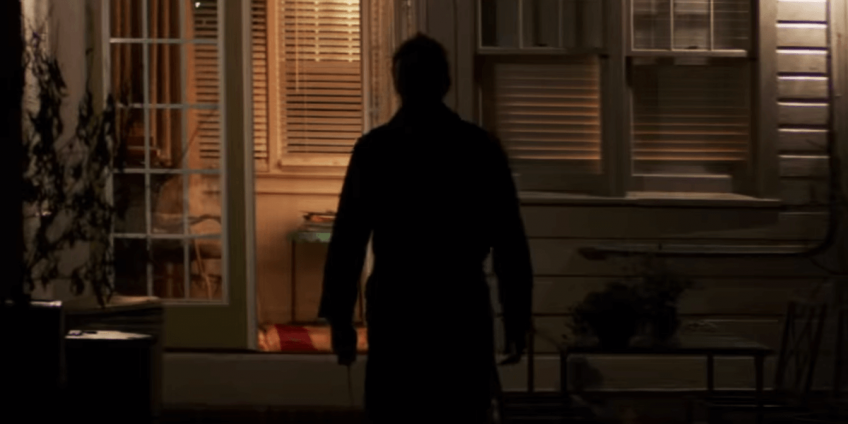 Halloween will appeal to all movie goers looking for a scare this month. It’s not the scariest film I have ever seen, an will it be enough of a scare fest for todays audiences? I hope so. This is a smart, slow burn traditional horror that is entirely successful in its homage to the 1978 original. This is a worthy companion peace and sequel, and the two I am sure would be a joy to watch back to back. If you are a horror fan, I am sure you will like this film. If you are a fan of the original though and lament the woeful sequels so far, then you will love it. As a fan, I can’t give Halloween anything less than a well deserved 4/5 stars. 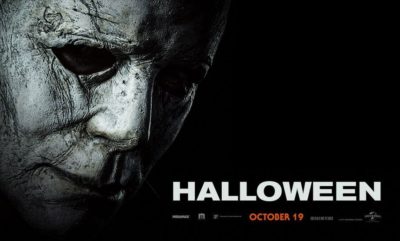