Changes to constituencies – Brentwood no longer joining Basildon, and Billericay’s back!


Revised proposals for the shape of parliamentary seats at the next general election have been published – and previous plans which suggested that Brentwood residents would be voting for Basildon’s MP have now been scrapped. 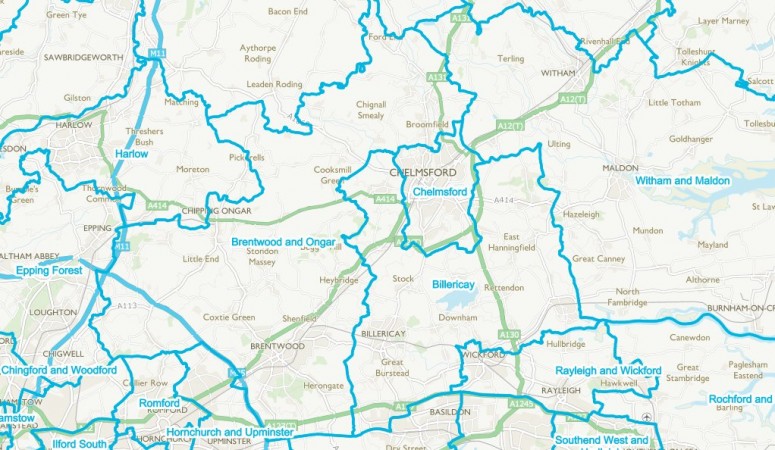 We reported in September 2016 that proposed boundary changes looked to take Great Warley, Little Warley, Ingrave and Herongate out of Brentwood and into the South Basildon and East Thurrock constituency.

These plans have now been rejected, with a reshaped Brentwood and Ongar constituency keeping the borough’s villages as well as stretching out to Abridge and the edges of Loughton, and also take in villages north of Chelmsford including Broomfield, Chignall Smealy and Ford End.

The proposals also see the return of Billericay as a single constituency, having previously existed between 1950 and 2010 before being merged into Basildon. The new Billericay constituency would take in South Woodham Ferrers as well as towns to the west and east of Chelmsford, including Writtle, Little Baddow and Danbury.

The proposed constituency boundaries in England, Scotland and Wales have been drawn up on the basis the total number of MPs will be cut from 650 to 600. The plans will now be put before parliament for approval.