Written by Gareth Williams in Festivals👁 3,206

One of the many endearing things about Bruno Major is that he doesn’t seem to have any idea what a powerful and emotionally searing singer he is. 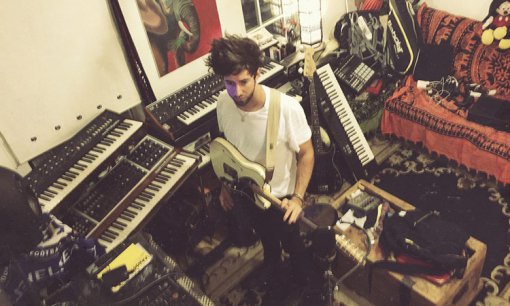 Ask Bruno about his guitar playing though and, sheepish grin out of the way, he’ll wax lyrical about an instrument he first picked up at the age of seven, and which has seen him through good times and bad, triumphs and false starts, ever since.

It comes as no surprise whatsoever to learn that Bruno studied and mastered jazz guitar – studies that saw him earning a living as a session guitarist from the young age of 16.

Gareth chatted with him just before his performance at the Lake Stage on Saturday.

You can find out more about Bruno on his official Facebook page.