Shenfield High School headteacher Carole Herman visited Phoenix FM to talk about her concerns about the recent budget and the impact it will have on local schools. 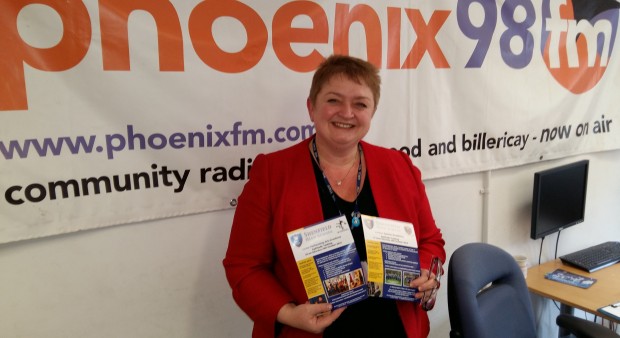 Mrs Herman has written to Brentwood and Ongar MP Sir Eric Pickles, sent on behalf of all secondary Headteachers across Essex and three other counties.

The headteachers are very concerned that despite a detailed and factual campaign, they feel that schools are no closer to a solution to the crisis level in school funding.

You can hear Mrs Herman explaining the problem to Keith Rogers:

You can read the letter below:

Along with school leaders from every special, primary and secondary school in West Sussex, East Sussex, Essex and Cornwall, I’m contacting you again about the significant school funding issues that are gripping our schools.

In spite of a detailed and factual campaign – over a sustained period of time – we are no closer to being provided with any meaningful proposals or solutions to our current and future school funding crisis.

We acknowledge too that you have completed considerable “work behind the scenes” on our behalf. The undisputed facts, however, remain and are as follows:

It should also be noted that most schools in England will not benefit from a new funding formula arrangement. The independent Institute for Fiscal Studies has suggested that, in real terms, per pupil funding will decrease by 6.5% by 2019.

Decisions being made by Headteachers are no longer being driven solely by what is best for students and their families. The key feature of our strategic work is frequently underscored by a sense of “damage limitation”. To make matters worse, we are also confronted by a chronic shortage of teachers in virtually every subject area.

As responsible professionals we all recognise that we are in challenging financial times and that schools must live within reasonable means. Difficult financial circumstances should not, however, be used as an excuse to short change our most important stakeholders – the children in our schools.

It is also vitally important to be transparent with parents and families and make it clear just how bad matters are.

It is entirely irresponsible, therefore, for the Department for Education (DfE) to suggest that schools in your constituencies can find further “efficiencies” when they have been low funded for such a long time. It is also misleading for the DfE to continue to state that more is being spent on education when in fact real terms cuts are occurring. Equally, it is a matter of vital public interest to highlight the fact that many spending priorities made by the DfE do not stand up to reasonable scrutiny. We refer to the following examples:

Here, we point you directly to the acquisition of land and school sites that the DfE pursues at exorbitant cost – 4 recent land purchases cost £120m – and the independent National Audit Office which states that ‘the primary factor in decision-making has been opening (Free) schools at pace, rather than maximizing value for money.’ (NAO February 27 – 2017)

On a daily basis school leaders have to explain and justify the decisions that we make. And quite right too. We also have to respond to legitimate questions when they are raised by students or their families.

Recently, school leaders in West Sussex posed some important questions. They asked their local MPs why schools have not been provided with emergency funding? What services should we cut? And whether they support the introduction of new grammar schools and Free schools where there is no basic need when we face chronic funding shortages? They are yet to receive an adequate response. We would ask you to respond to the same questions.

It is now important to understand that school leaders from Penzance to Bognor Regis to Eastbourne and on to Colchester are joining together and are united by a common purpose; we all want adequate funding for every school in the counties of Cornwall, East Sussex, Essex and West Sussex. We are certain that this view is echoed right across the country.

We have no issue with a new formula that provides additional support for schools with the highest level of need or that face circumstances such as sparsity or high living costs. All schools must, however, be given enough money to fund adequate levels of staffing, care and essential equipment.
Against this background school leaders need their local representatives to stand alongside them and make it clear to Government that current school funding proposals are unacceptable.

We urge you, therefore, to:

We are, of course, raising the same issues directly with the DfE. We have no doubt, however, that public and joint pressure to ensure the very best for children and their families provides the most effective chance of success in reversing a direction of travel that if left unchecked, will undermine all that is important to our educational provision.

A joint and unequivocal statement from MPs and school leaders would be most desirable. Our children’s and our country’s future depends upon it.
We look forward to hearing from you at your earliest convenience.

and on behalf of all schools – West Sussex, East Sussex, Essex and Cornwall