The UK’s political map is set to be redrawn in the run-up to the next general election in 2020 – with many people in Brentwood likely to find they are voting in a completely different area. 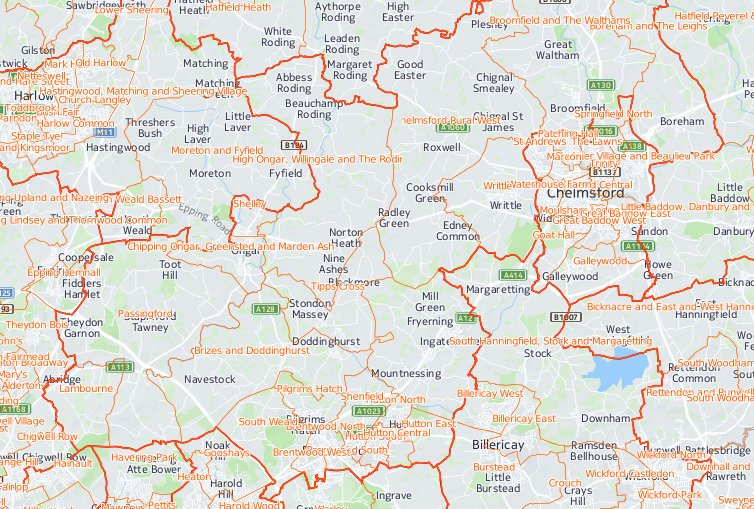 Under draft plans just published, the number of parliamentary constituencies will fall significantly, reducing the number of MPs in Parliament by 50 to 600, while most seats will change in size and character for the first time in at least a decade.

The Brentwood and Ongar constituency has been increased north to include many areas previously in the Saffron Walden constituency, as far as North End and Great Leighs on the outskirts of Braintree. It’s also increased east, taking in the village of Boreham, a few miles to the east of Chelmsford.

However some villages traditionally identifying as Brentwood, including Great Warley, Little Warley, Ingrave and Herongate now join the South Basildon and East Thurrock constituency, whose MP is currently Stephen Metcalfe. The previous boundary line between the two was the A127 but this has moved up to the Brentwood railway line, so roads as far into Brentwood as Myrtle Road and Mount Crescent will now be voting for the same MP as people in Tilbury and Coryton.

The shape of Billericay and Basildon constituency has changed too with the village of Stock and Margaretting now voting here instead of in Maldon, as they did in 2015.

A map of the proposed changes can be found here: https://election-data.co.uk/boundary-commission-proposals