The world’s only all-female Iron Maiden tribute band, The Iron Maidens, rocked a packed O2 Academy Islington on Thursday night in their debut UK gig, their stop in London a one-off for their current run.

They were ably supported by Billericay’s Forever Never, who entertained the crowd with their rap/metal set – think Linkin Park and A.  Renny Carroll’s vocal was on point and he was a great entertainer, but you can’t help but feel a 9 song set was perhaps a stretch too far for a support act. 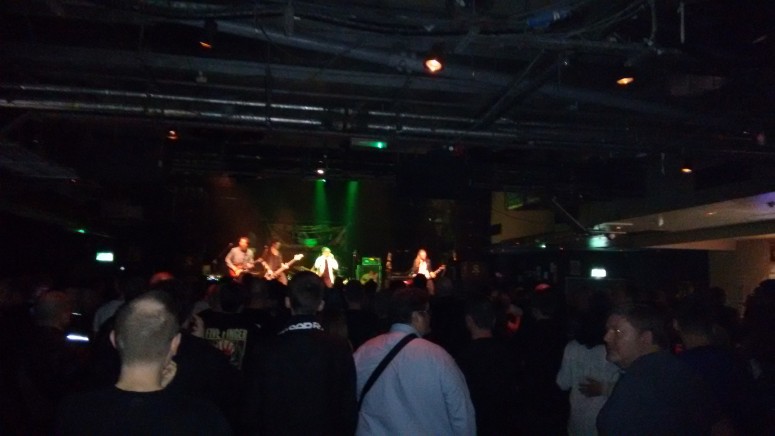 But, on to the main event, and The Iron Maidens, who totally lived up to their hype.  From the moment that Churchill’s speech came out over the speakers, the crowd was hooked by virtuoso musicianship from Nikki Stringfield and Courtney Cox on guitar (with some face-meltingly good solos), the pocket rocket Wanda Ortiz on bass, powerhouse Linda McDonald on the drums and awesome vocals of Kirsten Rosenberg.  The ladies looked genuinely pleased to be in the UK and had a great rapport with the audience, especially during Fear of the Dark and The Phantom of the Opera (with the traditional audience sing-alongs). The set list was a refreshing mix of classics and a couple of left-field numbers, and had you wondering what they would come up with next. 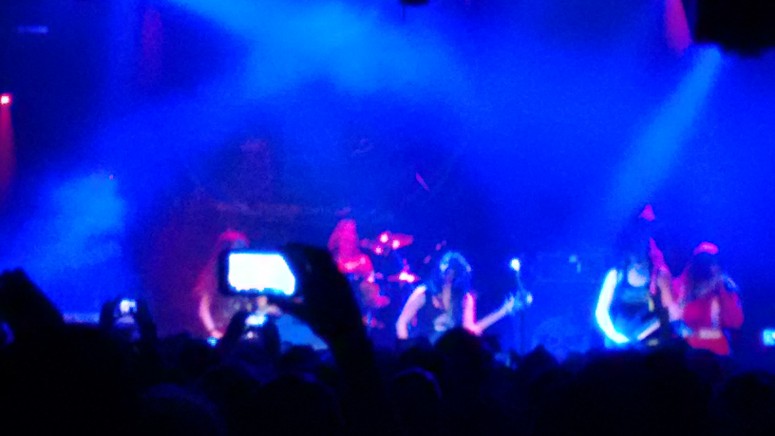 Overall, a fantastic night, and a band that HAVE TO come back to these shores soon.