Charles Myers, former Mayor of Brentwood, Liberal Democrat councillor and group leader, has passed away after a long period of ill health. 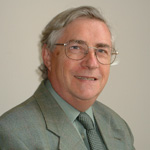 Charles served as councillor for Pilgrims Hatch for twenty years before he retired in 2007.

“It’s very sad to hear this news. Charles was the first voice heard on Phoenix FM – we undertook our first 28-day FM-licensed broadcast in December 1996 and Charles broadcast a welcome message to start our programming. He was delighted to be involved and kept a close eye on our early progress”.

“First and foremost, Charles was a gentleman and a kind man. He was a liberal to his very core and was supportive of us all, always willing to offer advice and assistance.

“The party has lost one of its very best, but for us, we have lost a friend.”

Involved with Brentwood Liberal Democrats for over thirty years, he will be a sad loss to the party and much missed by his friends and colleagues. He was an active campaigner until the very end, even helping out in the recent Shenfield by-election just three weeks ago and still being politically active.

He leaves behind his wife Pauline, who also served as a councillor in Brentwood, and two adult sons. Our thoughts are with Pauline and their friends and family at this sad time.

More tributes can be found on brentwoodlibdems.org.uk/en/article/2015/1116789/tributes-to-charles-myers.