Lochlan Bearman kicks off the new season at Brands Hatch 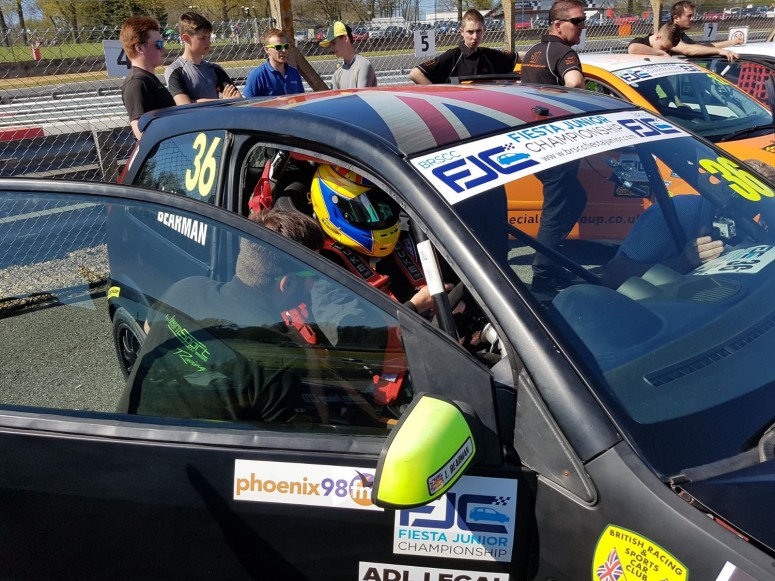 Running with the established Jamsport team for the first time, Bearman was consistently one of the fastest in every practice session. “The car was working very well, and I was using old tyres so I knew there was more to come”, said Bearman.

In qualifying the top 5 were covered by 0.1 second, with Bearman in 4th place. Coming into Race 1 Bearman was confident of being able to compete for the win and got a good start completing lap 1 in 4th place but in a train of the first 5 cars. However all was not well. From lap 2 I was struggling to get the car off the corners as I had too much grip. Gradually the front 3 began to pull away and Bearman eventually succumbed to 5th place and was running in 5th. I was trying to cool the front tyres and hope that I could mount a challenge in the second half of the race but 6th place was keeping the pressure. Unfortunately the 6th place driver made an optimistic move going into Clearways corners and collected Bearman spinning them both out and taking himself out on the spot. Bearman recovered and eventually finished in 9th position.

Finishing 9th meant Bearman in the No36 car would start Race 2 from 9th on the grid. The team worked hard to repair the damage and get him to the grid on time. Again Bearman made a good start making 1 position before the first corner and another at Druids corner. He then had a battle with 6th place who was defending hard and eventually made a clever pass by using the undercut to pass into Druids. Bearman then set about catching 5th position. For a few laps the gain was small but then as his car began to work better he caught the car in front. They then had a multi lap battle that had the crowd and commentator thrilled as the two drivers ran side by side through corners lap after lap. Eventually Bearman made a brave and determined move braking super late and passing down the inside at Paddock bend. Once past Bearman in the Phoenix FM car pulled away and although his pace was faster than those in front the battle for 5th had slowed them down too much to be able to mount a challenge for 4th.

Lochlan said, “To be honest I’m disappointed. I really came expecting to compete for the win and be on the podium. If we had started race 2 from 5th then I think that would have been achievable. However, we shown we can be fast so I will take the positives and now focus on the next race at Cadwell Park on the 7th of May.”