Steve Hackett talks about Genesis, touring and his new album

Written by Eddie Curry in Brentwood's Only Alternative👁 26,372

It was great to have a chat with Steve Hackett again. Steve was guitarist in the “classic” Genesis line up with Peter Gabriel, Tony Banks, Mike Rutherford and Phil Collins and recorded six studio albums with the band during 1971 and 1977. His solo career and collaborations with other great musicians including Steve Howe and Chris Squire has seen him record over a couple dozen more.

The great thing about Steve is he not only inspires budding musicians but he can talk all day about everything, and we ended up talking about a few things I wasn’t planning to chat about! In the interview Steve talks about:

– some of the old Genesis songs he’s going to play in the new tour which he hasn’t played so far
– the forthcoming BBC documentary which brought all five members of Genesis together for the first time this century
– the forthcoming triple-CD compilation of Genesis band and solo tracks, “R-Kive”
– tracks from his first album, 1975’s “Voyage Of The Acolyte”, which almost ended up on the classic 1972 Genesis album “Foxtrot”
– his new album which is due for release in February 2015

You can find out more about the tour and album by keeping an eye on Steve’s official website. 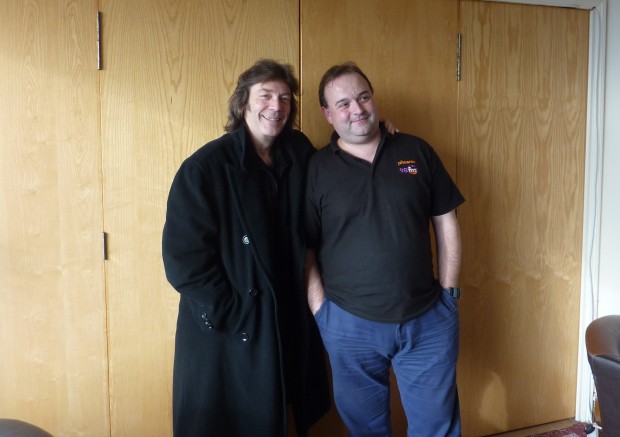