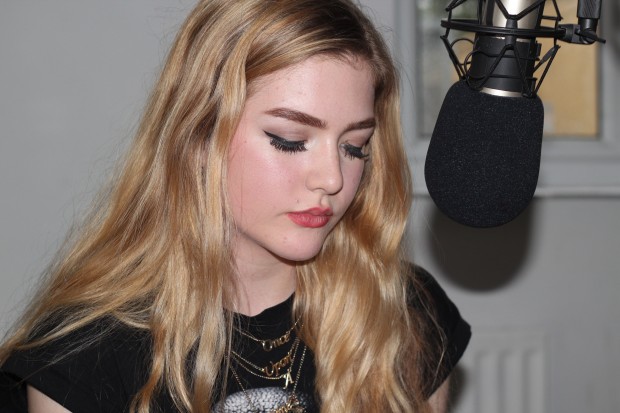 LISTEN AGAIN USING THE LINKS BELOW

Every now and then I come across an artist that surprises me. It’s not often, but sometimes it happens. Disillusioned with years upon years of seeing singer/songwriters cross my path and then fade away into obscurity due to general lack of – dare I say it – the X Factor, it’s rare I actually sit up and take notice. The music blogosphere is currently overloaded with female singer/songwriters who all sound the same, writing the same old emotional song, using the same vocal nuances, until its almost all white noise. I’m sick of them. In fact I want them all to walk slowly into a river with their acoustic guitars and keep on going until the last thing I see is their capo, glinting in the moonlight while fishes cover their ears with their fins at the indentikit ‘heartfelt’ bullshit these clockwork female singer/songwriters spout.

ON THE OTHER HAND, Hettie Steinmore is not your typical female singer/songwriter. She’s got that indescribable aura of a girl who is going places and has the talent to take her there. I’d seen her on youtube and heard the track she sent me pre-show and the signs were all there – this was gonna be great. So she came in and I crossed my fingers she would even be half as good as what I’d seen/heard and luckily for all involved she not only exceeded expectation, she has almost restored my faith in female singer/songwriters (much like the amazing Emily Capell).

I’m used to seeing girls come in and so Adele covers and if Hettie had attempted ‘rolling in the deep’ I would have had to throw her out of the studio, but NO, she did two original songs (the incredible ‘Cut me Off’ and my absolute favourite ‘Bad Blood’) and a cover of The Staves song ‘In The Long Run’. I actually didnt believe that her two originals weren’t just obscure covers of established bands because they were so so good. Nope, she wrote them herself as you can tell from the audio/video within this post, the lyrics/music belies her years. IT’S LIKE SHE’S POSSESSED BY A 50 YEAR OLD FOLK SINGER (in the best way possible!). 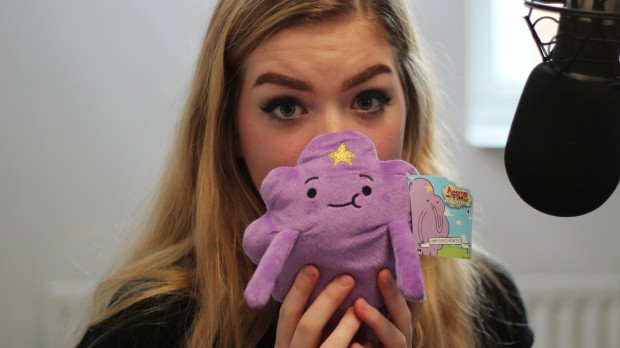 If I had to compare Hettie to any artist currently out there it would have to be Laura Marling, but y’know, when Laura Marling actually had songs you could hum along to (incidentally, why is Laura Marling awful now? so much promise!). I’m mystified how Hettie manages that incredible vocal tone without youth conspiring against her to show her up as a false prophet of folk… she’s just damn good at what she does. 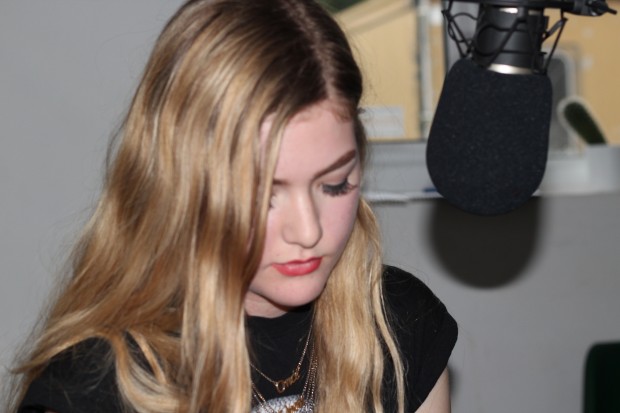 another photo for the CD inlay 😛

The thing about Hettie that should inspire every unsigned young artist out there is that she is just at the start of her journey; a journey that I have no doubt will take her to deserved fame and fortune, but I am confident she’s not in it for Facebook likes, she is in it to preach her story to anyone who is willing to listen, and people WILL listen. For those of you reading this now, you can say you were here at the start. You were there when Hettie made her first radio appearance. You were there when Hettie made a weird smoothie pre-show that tasted like blood and soil and you heard her talk about adventure time and her fave songs… and somewhere in the middle of all that played 3 songs that heralded her arrival. You can see/hear more by just sticking her name into youtube or visiting the below sites…

playlist for this show (in a weird order):

now is not the time – chvrches

what death leaves behind – los campesinos!

On Sunday 22nd of September I have SLOWCLUB coming in for an interview and session, so tune in 4-6pm for more fun!

follow me @jedshepherd on twitter, especially if you are a singer/band wanting to come on my show. thanks to hettie (and hettie’s mum) for coming in on sunday and hope to see them back soon.

until next time beautiful readers,